Individuals born in October get to choose between two birthstones—Tourmaline and Opal. Each gem then unveils nearly limitless possibilities, as each one comes in a rainbow of shades and color combinations.

In fact, both of October’s birthstones came to earth through a journey involving rainbows, according to legend.

Between Tourmaline (whose color depends on trace elements in its chemical makeup) and Opal (which diffracts light to show a play of multiple colors), October’s birthstones offer a full spectrum of gems to suit anyone’s personal tastes.

The name “Tourmaline” comes from the Sinhalese words tura mali, which mean “stone of mixed colors.” As its name implies, Tourmaline stands apart from other gems with its broad spectrum of colors in every shade of the rainbow.

Tourmaline is not one mineral, but a fairly complex group of minerals with different chemical compositions and physical properties. Certain trace elements produce distinct colors, and many resulting varieties have their own names.

Tourmaline is mined in Brazil, Sri Lanka, Nigeria, Mozambique, Madagascar, Afghanistan, Pakistan and the U.S.—mainly Maine and California.
Tourmaline is desirable because of its sheer range of color options. Combined with a good hardness of 7 to 7.5 on the Mohs scale, tourmaline makes very wearable jewelry.

One of this gem’s most impressive traits is its ability to become electrically charged through heat (pyroelectricity) and through pressure (piezoelectricity). When charged, tourmaline can act as a magnet by oscillating, and by attracting or repelling particles of dust.

Ancient magicians used black tourmaline as a talisman to protect against negative energy and evil forces. Today, many still believe that it can shield against radiation, pollutants, toxins and negative thoughts.

The name “Opal” originates from the Greek word opallios, which meant “to see a change in color.” The Roman scholar Pliny used the word opalus when he wrote about this gem’s kaleidoscopic “play” of colors that could simulate shades of any stone.

Opal’s characteristic “play-of-color” was explained in the 1960s, when scientists discovered that it’s composed of microscopic silica spheres that diffract light to display various colors of the rainbow. These flashy gems are called “precious opals;” those without play-of-color are “common opals.”

Dozens of opal varieties exist, but only a few (like Fire Opal and Boulder Opal) are universally recognized. Opals are often referred to by their background “body color”—black or white.

Since opal was discovered in Australia around 1850, the country has produced 95 percent of the world’s supply. Opal is also mined in Mexico, Brazil, Honduras, Ethiopia, the Czech Republic and parts of the U.S., including Nevada and Idaho.

The water content of opal can range from three to 21 percent – usually between 6 and 10 in gem-quality material. This, combined with hardness of only 5.5 to 6 on the Mohs scale, makes opal a delicate gem that can crack or “craze” under extreme temperature, dehydration or direct light.

Wearing opal is well worth the extra care, though. For centuries, people have associated this gem with good luck. Though some recent superstitions claim that opals can be bad luck to anyone not born in October, this birthstone remains a popular choice. (American Gem Society)

These are Opal Earrings designed by Aleita Jewelry.

These Tourmaline Gemstone Earrings are designed by Aleita Jewelry 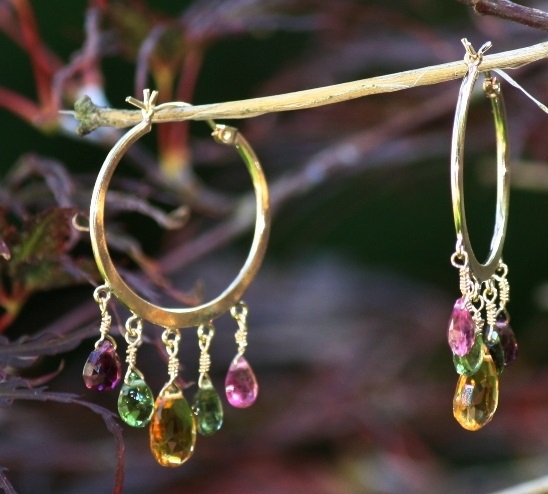 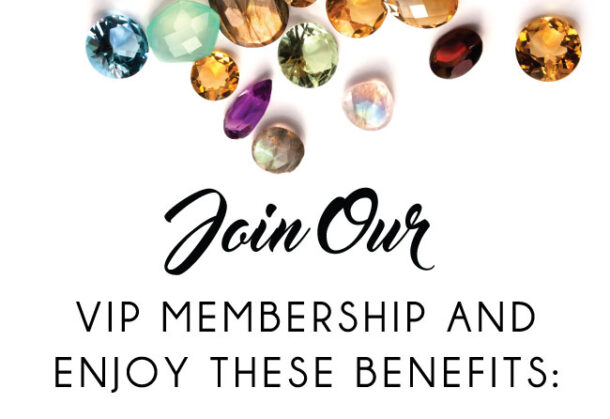